Toronto based photographers Vid Ingelevics and Ryan Walker reflect on their ongoing photographic investigation of Waterfront Toronto’s Port Lands Flood Protection project. This work is related to their upcoming public installation, Framework. Over the coming weeks, this page will be updated with more images, videos, and text for a more in-depth story on 130 Commissioners Street.

In July 2019, we began photographing one of the largest infrastructure projects in Toronto’s history, Waterfront Toronto’s Port Lands Flood Protection project. Although the sheer scope of our five-year commission was a little overwhelming, we began with great enthusiasm, being well aware of the significance of the documentation both to our city’s history and future.

We started by surveying photographically the 200-hectare construction site and immediately noted the speed with which many of the now vacant industrial buildings on the site were being taken down to make way for the new river and park. It is also fair to say that many of these structures were not memorable from any architectural perspective other than the most utilitarian. At the same time, other industrial sites there, such as the cement silos at the intersection of Cherry and Villiers Streets, were being retained through official heritage designation and will therefore inevitably represent the “memory” of this area’s industrial past.

One building in particular, 130 Commissioners Street, taken down in January 2020, struck us as having a more unique presence than the others. Constructed in mid-century and operating as a metal recycling plant since the early 1970s, it was an extremely dilapidated building, almost medieval feeling in certain parts, a patchwork of metal scraps comprising its exterior and the surrounding fencing. However, a huge inside space that we dubbed the “Great Hall” was very impressive— a vast iron-girdered open space from another era. We spent a lot of time in this building, photographing the “Great Hall”, as well as the grotty chambers and recycling yard, where every square foot of soil was not soil at all but an uneven carpet of small fragments of metal, plastic and rubber, broken off of the myriad objects brought to this plant from across the GTA over the past forty years.

The images presented here are a complement to our future public art installation at the Essroc silos and on Villiers Street, titled Framework. They focus on the last days of 130 Commissioners Street. It is our intention that documents such as this will eventually become archival reminders of the astonishing degree to which this city’s lakeside landscape will have changed. 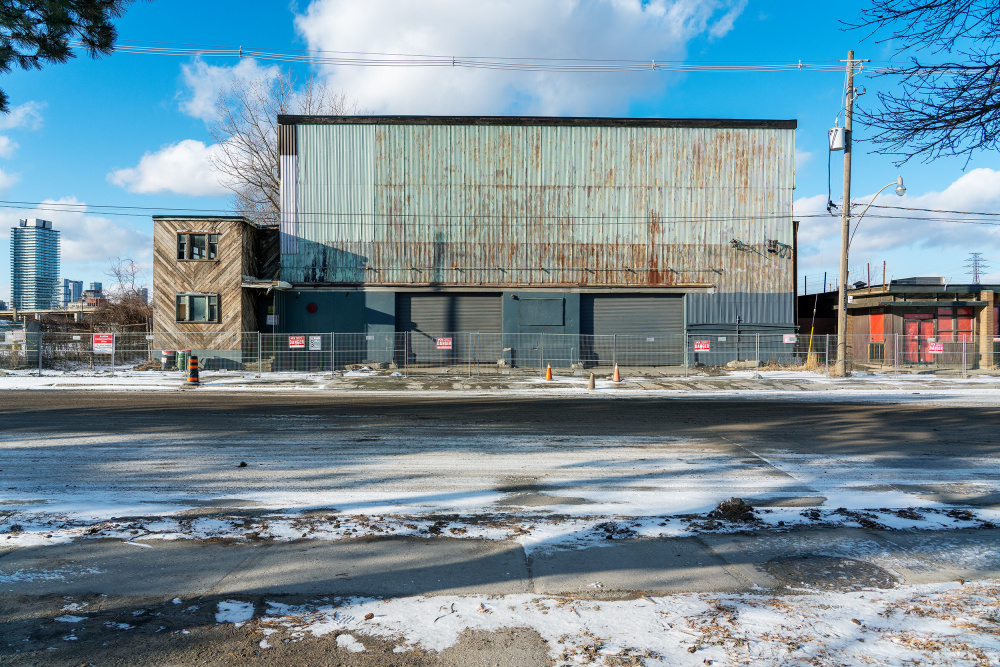 January 2020 // When we saw the fencing around the building we knew that it was coming down imminently and that our access to the compellingly derelict interior was finished. 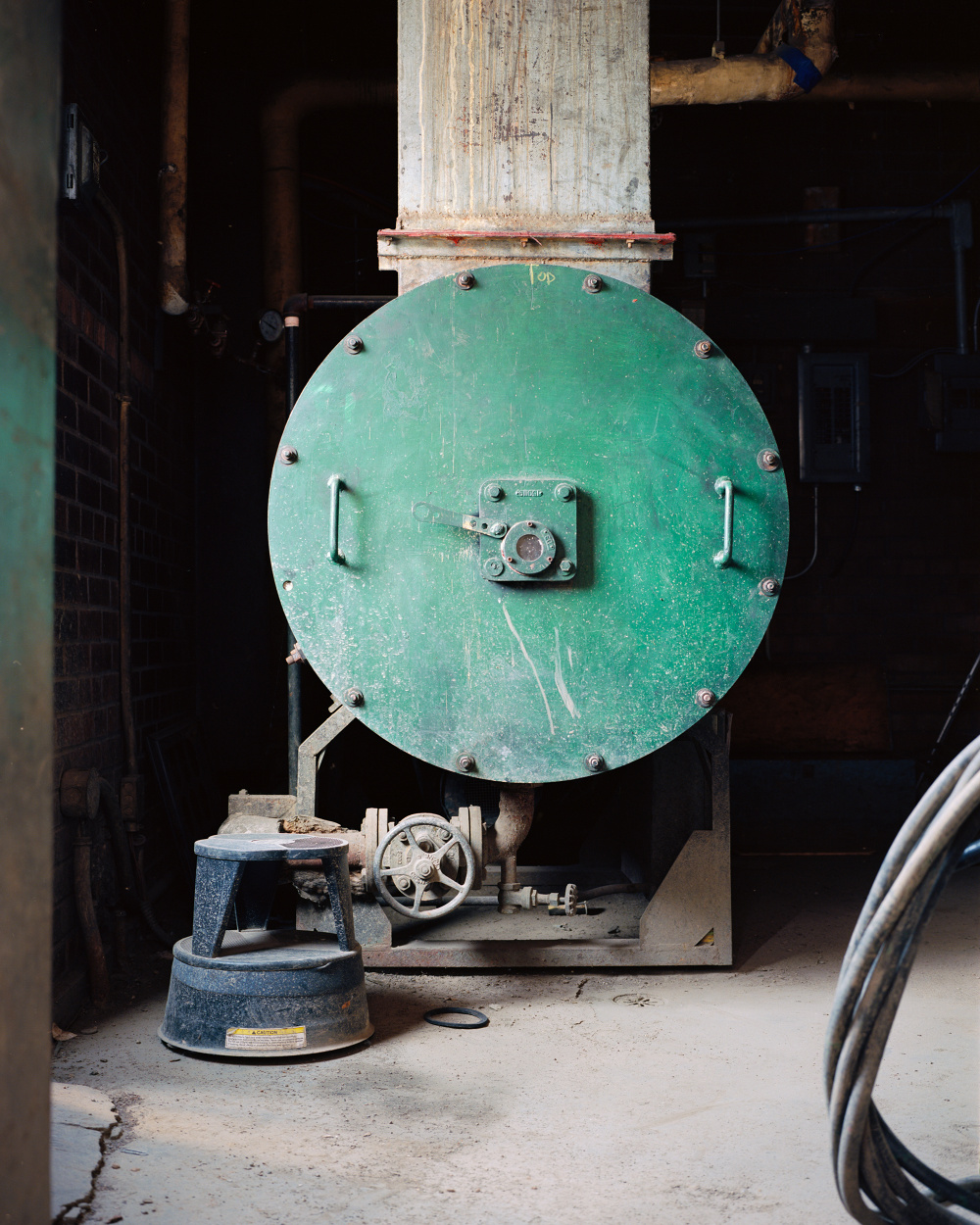 September 2019 // We were enamoured with the various traces of Toronto’s industrial past and the rich narratives they evoked, such as this former boiler. 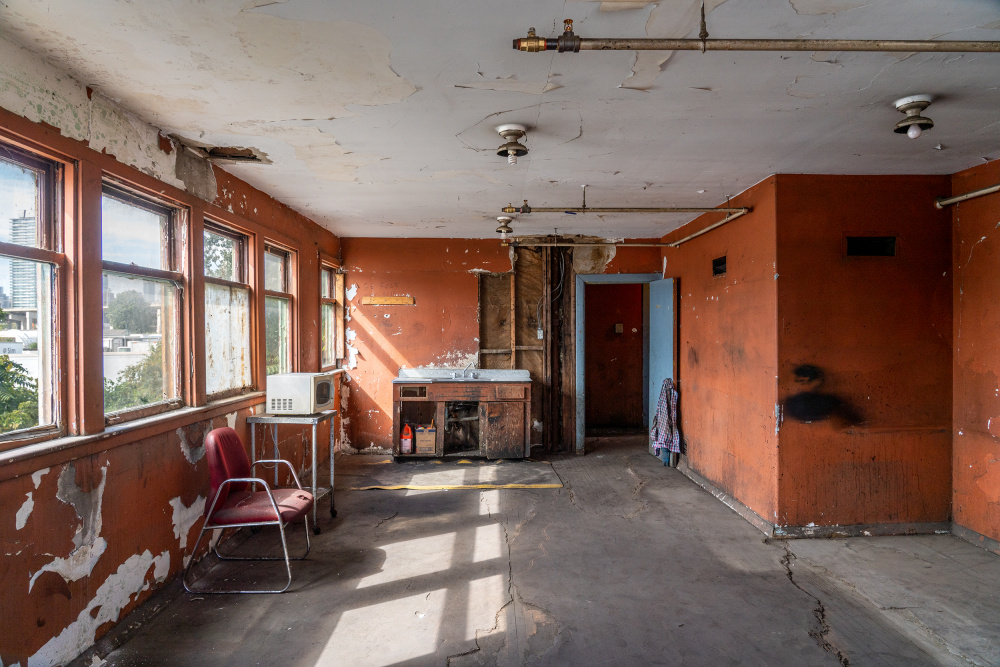 September 2019 // The spaces throughout 130 Commissioners felt as if they had been abandoned decades ago but, in reality, it had been only a matter of months, something that astounded us. 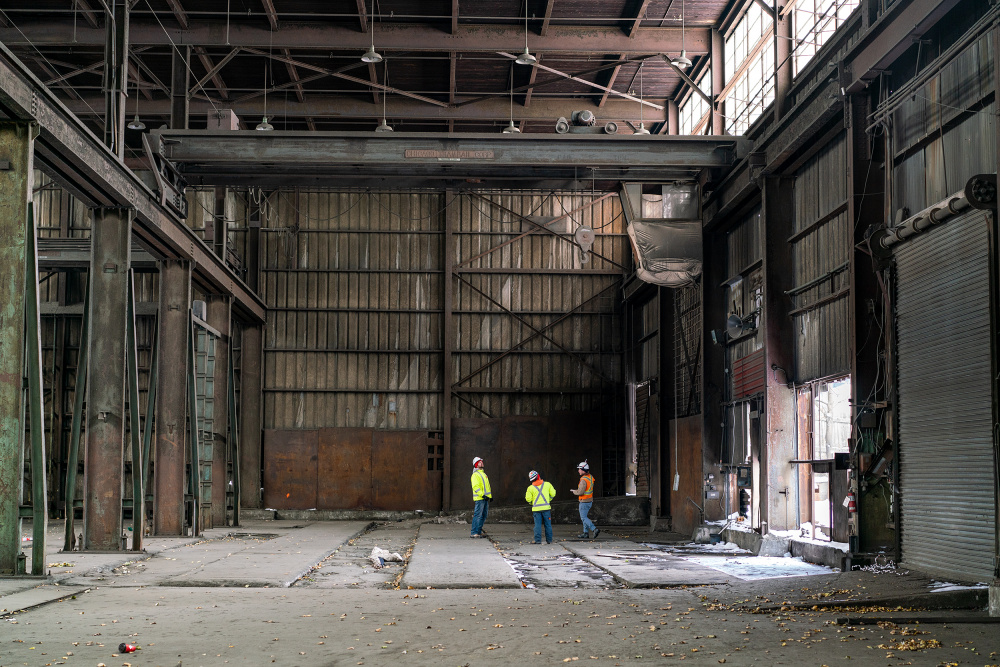 November 2019 // It’s not until we stepped into the “Great Hall” that we truly realized the imposing scale of the building. We couldn’t help but imagine the many people, machines and rugged scrap metal that inhabited the space for decades. 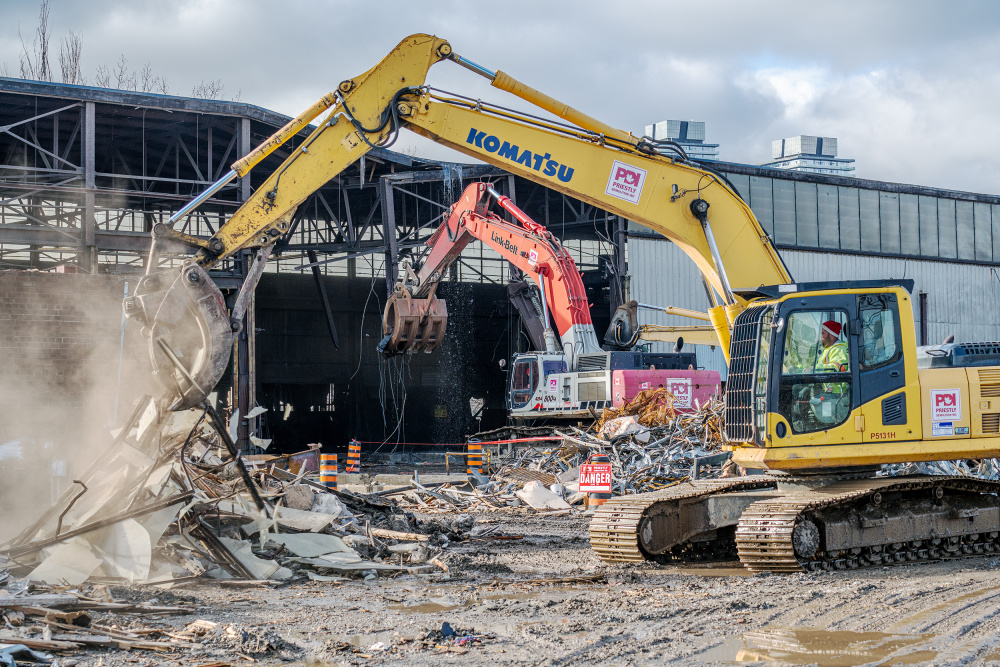 January 2020 // As the demolition of the “Great Hall” began, one of the mighty machines pulled out an essential upright support and as the roof sagged, we were stunned to see a veritable waterfall of pooled rainwater begin to flow to the ground. Violent but beautiful moments like this continued to present themselves unexpectedly. 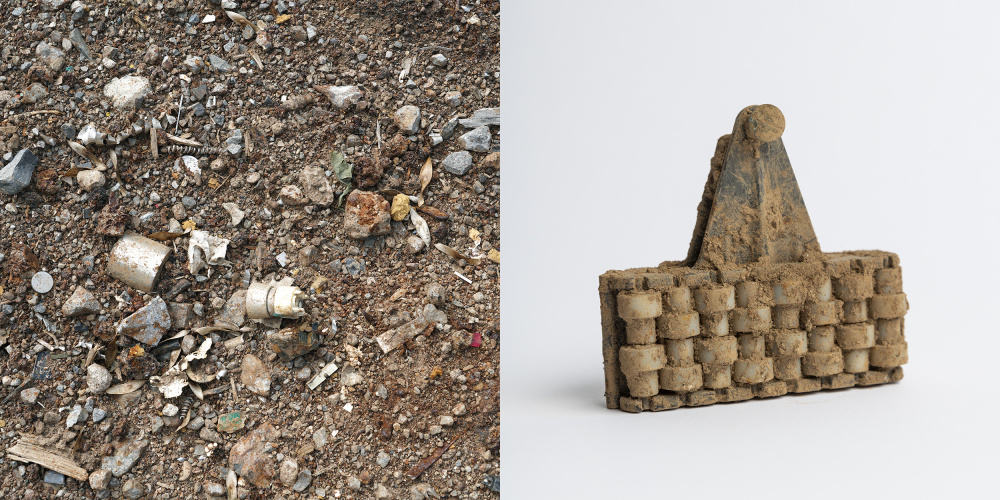 October 2019 // In the former recycling yard every square foot of soil was not soil at all but an uneven carpet of small, often unidentifiable fragments of metal, plastic and rubber.

Ryan Walker is a Toronto-based photographer, whose work explores land and identity with a keen interest in individuals and communities who model alternative ways of living with, and off the land. Ryan received his MFA in Documentary Media at Ryerson University in 2013. His work has been exhibited in Canada, Italy, Russia, Australia and the U.S. and has appeared in Der Spiegel (Germany) and D Repubblica Magazine (Italy), enRoute Magazine, Report on Business Magazine, The Globe & Mail, and PDN Emerging Magazine. He is also an educator in the BFA Photography Programs at Ryerson University and Sheridan College.

Vid Ingelevics is a visual artist, writer, independent curator and educator. His artwork and curatorial projects have been shown across Canada, in the United States, Europe and Australia. His writing has appeared in Canadian Art, CV Photo, Prefix Photo and elsewhere. Currently, he holds the position of Associate Professor at Ryerson University’s School of Image Arts and teaches in graduate and undergraduate programs.