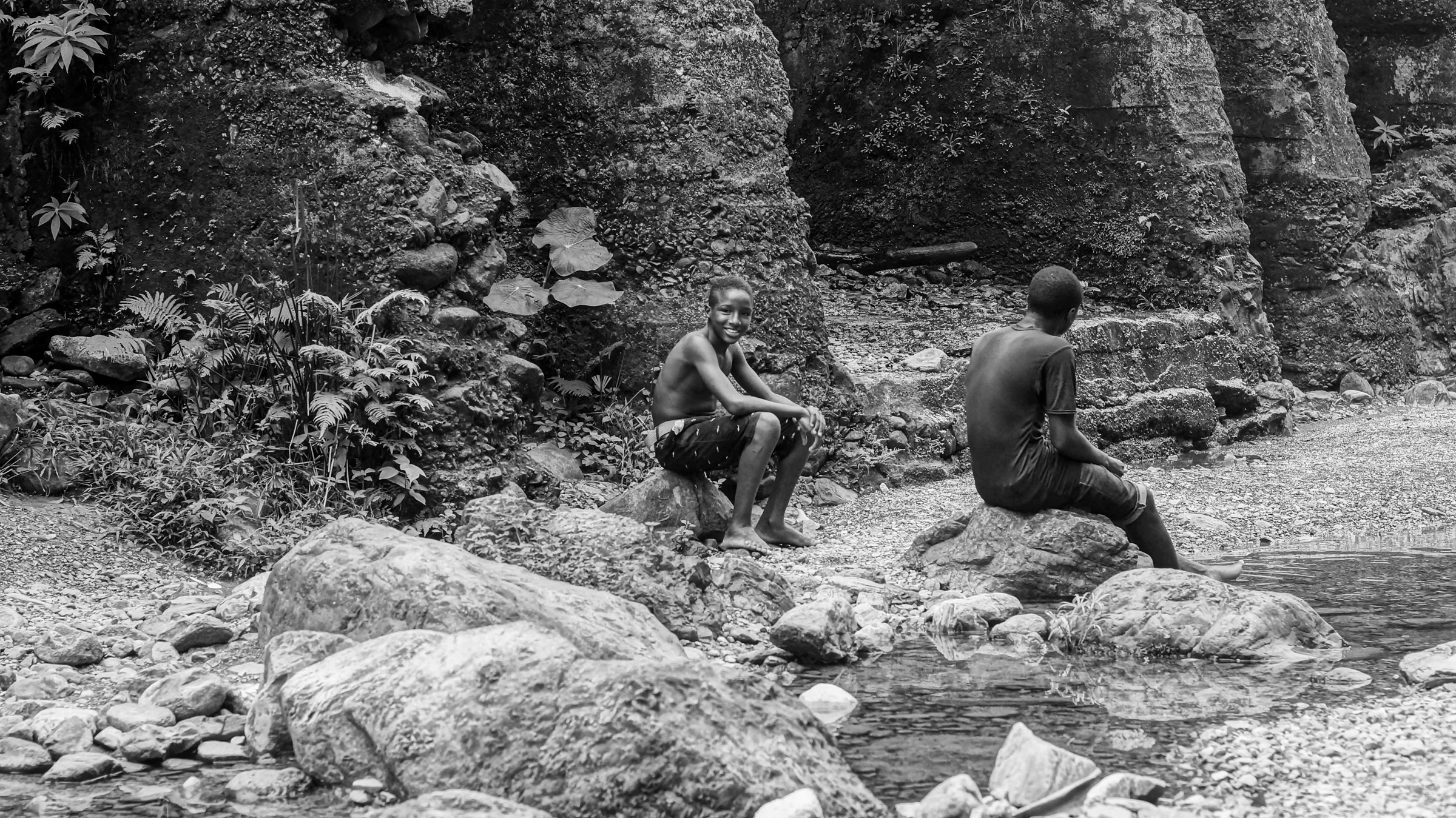 A selection of works from this exhibition can be seen outdoors on the fence outside of the gallery until Oct 4.

In celebration of its 10th anniversary, BAND Gallery welcomes back Jamaican-Canadian photographer Christina Leslie with her exhibition Absence/Presence: Morant Bay, a decade after the gallery first showed her work in the exhibition Miss-Perceived. Leslie makes photographs that delve into and respond to her Jamaican-Canadian heritage and personal family histories. Recently, she returned to her father’s hometown of Morant Bay in Jamaica. She found the area in decline. Leslie notes of the experience, “it was as if time had forgotten it and so had the government.” She came across a large number of abandoned homes. Many of these structures were dilapidated as their former residents had passed away (like Leslie’s own grandfather), or homeowners had run out of money before completing construction. In many instances squatters had taken over. Leslie was driven by a sense of nostalgia to document the people and landscapes of this rural enclave. With an empathetic yet honest approach, her Morant Bay series (2019) explores the community in which her father grew up before immigrating to Canada. Reunited with family and childhood friends, and revisiting landmarks, the artist created this body of work to capture the essence of what her father feared was lost.

Morant Bay is in southeast Jamaica and is the capital of St. Thomas Parish. In 1865, the town was the scene of a protest (later to be called the Morant Bay Rebellion) by its local black and brown peasants against the country’s deeply unequal and racist social and political policies still in place more than 30 years after the abolition of slavery. The protests escalated and were eventually brutally quashed by the colonial regime. In the aftermath, over 600 people were killed, many of them hanged for their roles in the rebellion. According to legend, Queen Victoria broke her pen in anger and uttered the words “those rebels, let them suffer.”

More than 150 years later, Leslie’s series confronts the residues of slavery and emancipation as evidenced by the community’s failing infrastructure and increasing underdevelopment. Despite such precarity, Leslie captures fleeting moments of transcendence. For example, in Reggae Falls, Leslie’s unobtrusive camera captures the contrasting moods of the dynamism of the thundering falls against the perfect stillness of the lone figure in the foreground. Her subjects are at one with their surroundings.

Morant Bay is a personal meditation on loss, absence, and resilience. Shot with intimacy and directness, these portraits record the resiliency of the people whose lives Leslie continues to document.