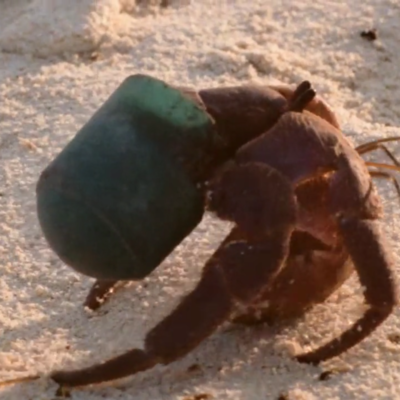 For Swiss artists Taiyo Onorato and Nico Krebs, photography is more about asking questions than finding answers. Their extensive journeys are motivated by socio-political and environmental interests, as they confront preconceptions, mythologies, and the impossibility of conveying physical and emotional experiences using conventional documentary methodologies. Expanding the trope of the photographic road trip, they cultivate experimental strategies to interpret the places they visit and construct narratives. The duo’s explorations focus on capturing regions in a state of transition, resulting in unique photographic cartographies grounded by the medium’s analogue traditions.

Future Perfect (2019 –) is the first chapter in Onorato and Krebs’ ongoing series that reflects on radically changing perceptions of the future. As the climate crisis signals an era threatened by mass extinction, dire warnings have yet to diminish an insatiable human desire for property and comfort. The artists consider the consequences of indifference and denial, creating complex works that capture the idyllic beauty of the landscape and simultaneously point to its systemic collapse. The series began with a journey to the Maldives, a nation of small islands in the Indian Ocean—one of the most fragile environments on the planet. The artists elaborate:

“We were intrigued by the highly ambiguous and contradictory descriptions of a place which to us seemed to be an amplified meeting zone of almost all the contemporary discourses around pollution, climate change, and shifting demographics. The Maldives is under severe threat of disappearance with most of the country only slightly above sea level. A very dense population and a massive, continuous stream of tourists leave behind a vast amount of waste, which has already formed its very own, eternally burning island producing toxic fumes. The Maldives are surrounded by one of the most diverse sea habitats, now under threat by growing global plastic pollution. Luxury resorts are still being built. Since the natural islands themselves have been sold out, the resorts are built on artificial sandbanks, planted with fully grown palm trees that are illegally taken from inhabited islands, leaving behind barren, eroding land for the Indigenous populations. The Maldives are still marketed to holiday seekers as the last untouched paradise on earth, when in fact an army of migrant workers is cleaning plastic trash washed ashore on the artificial beaches before sunrise every day.”

These sobering issues, which complicate any notions of tropical paradise, and the views expressed by people who Onorato and Krebs encounter, inform the many stages of their practice. Capturing scenes with a large-format camera, they overlay photograms, engravings, and laser drawings; they incorporate objects in-camera, cut into their negatives, and manipulate their analogue prints in the darkroom. Physically experimenting with trash and bottles found on the beach, synthetic materials, and a variety of substances containing microplastics, they create quasi-abstract images that inventively describe their perceptions of place. In this first presentation of their work in Canada, Future Perfect is positioned alongside Metro Hall in Toronto’s entertainment district—a site where civic culpability and the allure of fantasy coalesce. Here, Onorato and Krebs rupture the signifiers of exotic travel and shatter the illusions of picture postcards. Fusing reality and imagination, their suite of images are powerful fictions that confront undeniable facts. Drawing these contradictory elements together, Future Perfect immerses viewers in the artists’ reflections on a volatile present that is still modifiable.